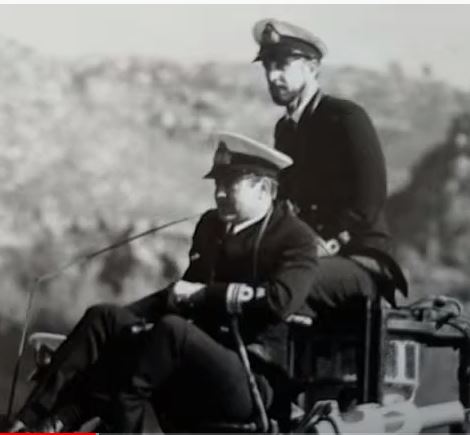 The Van Plettenberg Historical Society is privileged to kick-start their new programme in 2019 with a visit from Rear Admiral Theo Honiball, who will talk about his days as a commander of a French-built flotilla of Daphne-Class submarines.

Starting as a young man in the South African Navy, Admiral Honiball had an illustrious career, lasting over 30 years, during which time he served on board 19 warships from seven countries, including: Argentina, the United Kingdom, France, Norway, and the United States.

Seconded to the National Intelligence Service at the State Security Council under past President P.W. Botha, Admiral Honiball was awarded the Southern Cross Medal and the Military Merit Medal, while serving in France.

His biggest claim, however, is that he is the sole surviving commander of a Daphne-Class submarine.
Admiral Honniball has suggested the title of his talk to the Society as “That Sinking Feeling”.

Hi All, The Rosiland saga has sat with me for over the 40 years that I have lived in Plett. I remember her as we shared a cafeteria at UCT. She was tall good looking with a dress down to the ground. Us Architects did not chat up the Hippy chicks. I moved to Plett got...

See original article here: http://www.theheritageportal.co.za/notice/epic-map-produced-van-plettenberg-historical-societyFollowing hard-on-its-heels of the ground-breaking introduction of a heritage identification programme for Plettenberg Bay and its environs...

20 years of conservation in Plett.The developing role of the Nature’s Valley Trust Dr Mark Brown, Program Director, Natures’s Valley Trust. The Van Plettenberg Historical Society is delighted to announce that Dr Mark Brown will be speaking at our Annual General...

Dr. Clive Noble: The History of Fine Art. Date: 12th of September 2019 Venue: This will take place at Formosa Garden Village The period of Modern Art discussed is between 1870 and 1970. Starting with the Impressionists and ending with Abstract Expressionism.

George von dem Bussche: The Forests of the Southern Cape